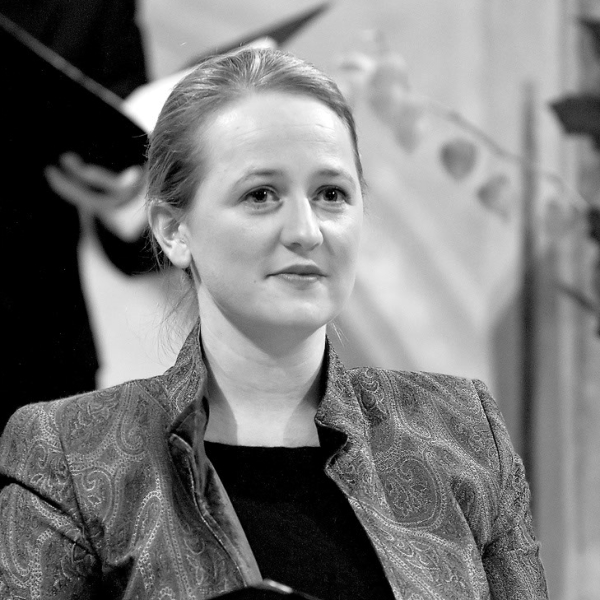 Miriam Allan, master class graduate student of Emma Kirkby and Julianne Baird and winner of the London Handel Competition 2003, was born in Newcastle (Australia) in 1977. She studied at Newcastle University and graduated from there with several distinctions. She has performed the most important works of Bach, Handel and Purcell with leading choirs and orchestras such as the Australian Chamber Orchestra and the Sydney Philharmonic. She has also appeared as a guest with the Song Company and Sounds Baroque, including at their concertante performances. In addition to this she also gives recitals. In the summer of 2003, she sang not only the title role in the Handel opera "Semele" for the Pinchgut Opera, she also appeared in the world premiere of "Dreaming Transportation" at the Sidney Festival and sang in the first Australian performance of Bach's St Mark Passion by the Sidney Philharmonic under Arno Volmer as well as performing in Pergolesi's "Stabat Mater". Meanwhile, Miriam Allan lives in London, where she teaches singing at the Westminster Under School. She performs with ensembles such as Concerto Copenhagen, Israel Camerata, the London Handel Orchestra, the Leipzig Chamber Orchestra or Concerto Köln and is working with conductors like Trevor Pinnock, Sir John Elliot Gardiner and William Christie.