Movies with compositions by Franz Vorraber 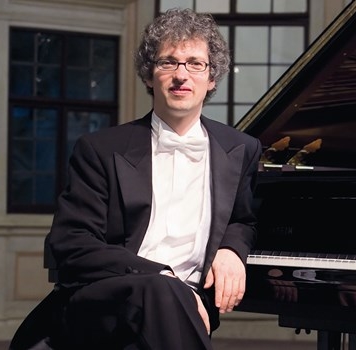 Born in Graz (Austria), Franz Vorraber has been fascinated by the piano since his early childhood. At the age of seven, he played the organ in church standing up - as he could hardly reach the pedals. At the age of thirteen, he was admitted to the piano class for exceptional students at the Music Conservatory in Graz, also learning the violin. The Viennese School in the tradition of Bruno Seidlhofer and the traditional German school of Wilhelm Kempff, handed down by Joachim Volkmann, dominated his study years. He has won many prizes for his skills on the piano. Here, just some of the awarders: the Austrian Culture Minister, the piano manufacturers Bösendorfer in Vienna and the city of Graz. He also won the Joachim Erhard prize. He completed his studies in Frankfurt and Graz receiving unanimously the highest awards. His greatest project has been the cyclical performance of Robert Schumann's complete piano works in a total of twelve evenings in different cities in Europe and Japan. The press and the public have repeatedly acclaimed him as one of the most important interpreters of Schumann in our times. He has recorded these works on a series of thirteen CDs for which he was awarded Austrian Broadcasting's Pasticcio prize in 2006. Despite all these prizes, other criteria are pivotal in Franz Vorraber's concerts: his enormous expressive force as a musician and his ability to expose the essential core of the music fascinate his public. He leaves his listeners emotionally moved. Since his debut in Tokyo at the age of 19, he has received many invitations to almost all the European countries, America and Japan, where he also holds master classes.