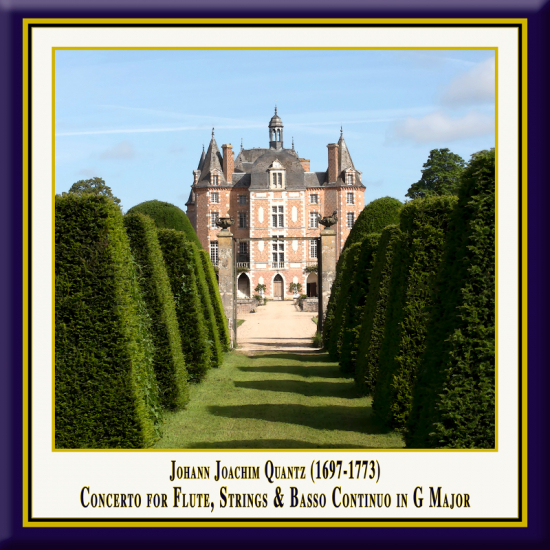 A concert recording from the church of Maulbronn Monastery 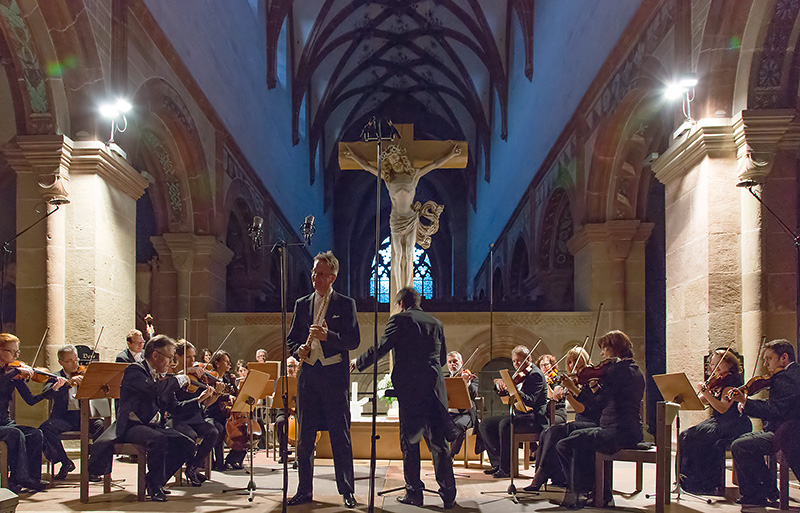 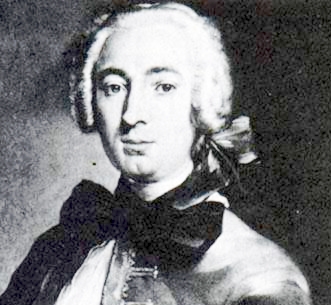 ohann Joachim Quantz (1697-1773) was a German flutist, flute maker and composer. He composed hundreds of flute sonatas and concertos, and wrote On Playing the Flute, a treatise on flute performance. Quantz was born as Hanß Jochim Quantz in Oberscheden, near Göttingen, in the Electorate of Brunswick-Lüneburg. He began his musical studies as a child with his uncle's son-in-law (his blacksmith father died when Quantz was young; on his deathbed, he begged his son to follow in his footsteps), later going to Dresden and Vienna. He studied composition extensively and pored over scores of the masters to adopt their style. During his tenure in Dresden, he abandoned the violin and the oboe in order to pursue the flute. He studied with Pierre-Gabriel Buffardin. It was during this time as musician to Frederick Augustus II of Poland that he began to concentrate on the flute, performing more and more on the instrument. He gradually became known as the finest flutist in Europe, and toured France and England. He became a flute teacher, flute maker and composer to Frederick II of Prussia (Frederick the Great) in 1740. He was an innovator in flute design, adding keys to the instrument to help with intonation, for example. He often criticized Vivaldi for being too wild when he played. Although Quantz wrote many pieces of music, mainly for the flute (including around 300 flute concertos and over 200 sonatas), he is best known today as the author of Versuch einer Anweisung die Flöte traversiere zu spielen (1752) (titled On Playing the Flute in English), a treatise on traverso flute playing. It is a valuable source of reference regarding performance practice and flute technique in the 18th century. Quantz died in 1773 in Potsdam. 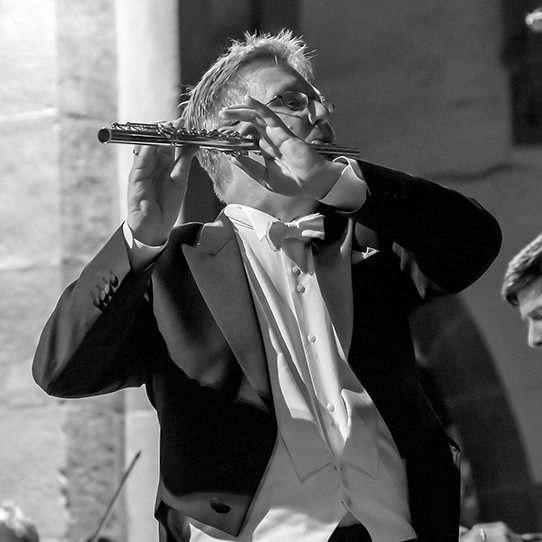 ichael Martin Kofler was born in Villach, Austria in 1966 and obtained a Flute Performance degree with distinction at the Vienna Musikhochschule under Werner Tripp and Wolfgang Schulz, as well as studying with Peter-Lukas Graf at the Basel Music Academy.In 1987 Sergiu Celibidache invited him to join the M&uuml;nchner Philharmoniker as Principal Flute. He has been honored with many prizes at competitions (ARD, Brussels, Prague, among others) and was also the recipient of Cultural Endowment Prizes awarded by the M&uuml;nchner Konzertgesellschaft and by the Austrian state of Carinthia, as well as receiving an honorary prize from the Austrian Ministry of Science and the Cultural Prize of his native city of Villach. Since 1983 Michael Martin Kofler has performed concertos, recitals and chamber music as a flute soloist throughout the world and has also been featured as a soloist and chamber ensemble member on DVD, CD and in recordings for radio and television. He regularly performs as a soloist with renowned orchestras such as the Academy of St Martin-in-the-Fields, the Australian Chamber Orchestra, the Budapest Strings, the Vienna and Munich Chamber Orchestra, and the Philharmonic and Symphony Orchestras of Munich, Prague, Moscow, Tokyo, Tel Aviv and Warsaw. He has performed as a soloist with conductors such as James Levine, Lorin Maazel, Sir Neville Marriner, Fabio Luisi, Herbert Blomstedt, Frans Br&uuml;ggen, Ton Koopman and Jonathan Nott. His chamber music partners have included Paul Badura-Skoda, Irwin Gage, Stefan Vladar, Stephan Kiefer, Konrad Ragossnig, Xavier de Maistre, Regine Kofler, Martin Spangenberg, Benjamin Schmid, Clemens and Veronika Hagen as well as the Mandelring Quartet and the Mozart Quartett Salzburg. Since 1989, as a professor at the Mozarteum Salzburg Michael Martin Kofler has worked with considerable success with a solo performance master class, and has been invited to important international competitions as a jury member, as well as to teach master classes in Europe, Asia and America.