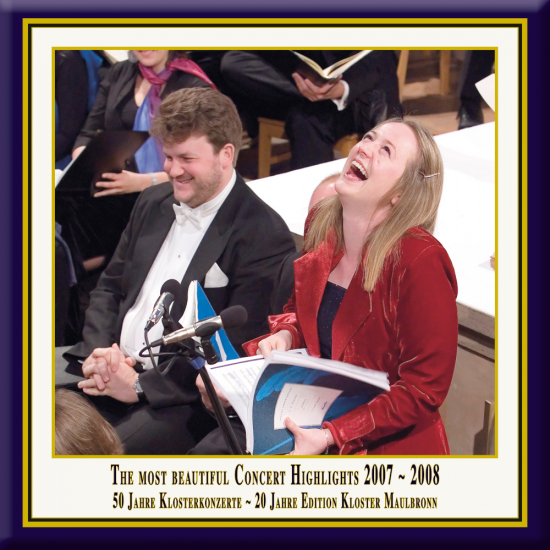 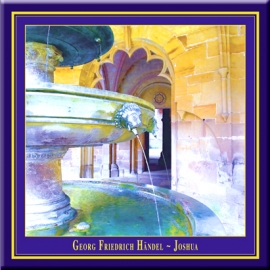 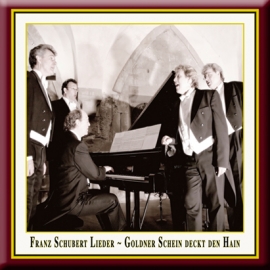 Within Schubert's vocal works, his approximately 130 works for polyphonic singing occupy a very significant place. The cast could not be more varied: female, male or mixed voices sing in duet, trio, quartet, quintet, double quartet, choir, sometimes accompanied by piano or other instruments, in many cases also a cappella. Formally there is also a rich abundance to be observed, ranging from the canon to simple strophic songs to through-composed songs and extended cantata-like formations. With this concert, titled "Goldner Schein deckt den Hain" (Golden sparkle covers the grove), a program of literary sensibility can be heard here. The focus is on male ensembles and songs based on poems by Friedrich von Matthisson, who - praised by Schiller for the musical beauty of his verses - invokes in his poems love, friendship and especially nature as poetic ideals. Thus, the content of the content ranges from the spirit of love to the enjoyment of nature, concludes with Op. 17 is one of Schubert's two a cappella cycles and approaches death as a central theme of the Viennese composer - admittedly in typical Schubertian transfiguration and beauty. 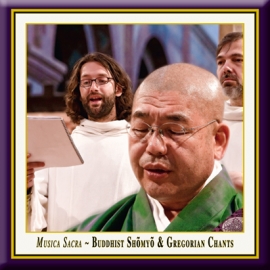 Meaningful dialogue between religions is no doubt one of the most pressing challenges of the modern world. Developments over the past few years clearly confirm what a significant role this aspect of human communication represents. Despite breathtaking technological breakthroughs and the related trend of rational scepticism, man still remains a religious creature. Ignoring this sphere of human personality not only leads to an impoverishment of the spiritual culture of a nation, but also to mutual estrangement of nations. And so what a wonderfully enriching experience it is then two cultures meet in mutual dialogue rather than confrontation. As a biblical quotation has it, Spiritus flatubivult - the Spirit blows wherever it pleases. These words suggest an image of the unbound "blowing of God's spirit" traversing all religious traditions. It is precisely by seeking this spirit that we can liberate ourselves from long established differences and share the common "message" of religions. Many would agree that music plays an important role in such communication, crossing barriers and working as a kind of universal language. The intention of the Tendai monks and the Schola Gregoriana Pragensis ensemble was to create a dialogue of two spiritual cultures based on the musical repertoire of the Buddhist and the Christian tradition. Thus, this recording is the fruit of mutual collaboration at concerts and liturgy in Prague in 2000 and a tour of Japan in 2005. These meditative encounters focus on interesting contrasts in the two musical languages and expressions, at the same time seeking common elements present in both traditions. Parallels can be found, for example, in the recitation of the sacred text or in the interpretation principle of alternating a soloist with a choir, which overlaps the boundaries of confession repertoires. Another striking feature is the tonality based on the pentatonic scale appearing both in shomyo singing and Gregorian chant. Gregorian chant is the earliest liturgical singing of the western Christian tradition. Its roots reach back to the first centuries of the Christianera. The core of this sacral repertoire was established in about the second half of the 8th century under the reign of Charles the Great. Homophony and Latin texts are typical features of this style. Most prominent in the Gregorian chant is the singing of psalms, sometimes conceived in a simple recitation (as in the psalm Misere mei Deus and the antiphon Alieni insurrexerunt) and in others (such as the tractus Deus, Deus meus) in a richer melodic shape. While the core of the repertoire has remained more or less unchanged since the early Middle Ages, liturgical singing is still a dynamic phenomenon, having incorporated new musical forms and accepting even polyphonic compositions. Gregorian chants on this recording draw predominantly from the earliest part of the repertoire (around the second half of the 8th century), as it seems to resonate best with the meditative feeling of shomyo singing. To create contrast, several examples of late medieval music including a polyphonic composition (the conductus Mundus a munditia) have been selected for the recording. There are also two songs of Czech origin. The procession antiphon Sedit angelus from the Easter Vigil has survived in Bohemia in an accompaniment of an interesting two voice verse. Ave virgo gloriosa also represents the repertoire of Czech sacred songs (cantiones) of the late Middle Ages. It is complemented interestingly on this recording by the "hum" of the recited Lotos sutra. 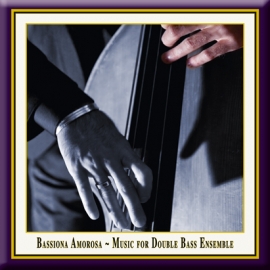 As an International Contrabass Ensemble, they know how to excite and engage the audience in Europe and America in concerts, on CDs, on the radio, and on TV with never expected, varied, interesting programs, which include music from the early renaissance, baroque and classical period to arrangements of light music, and have done so since their foundation in 1996. The reason for this special attraction is the incredible sound refinement and the unusual virtuoso performance. The sense of this "special touch" bring these exceptional artists along from their home countries Slovakia, Russia, Czech Republic, White Russia, Yugoslavia, Georgia and Ukraine. The formation consists of Master Class students of Prof. Trumpf, the leader of the Ensemble, at the State Conservatory of Music in Munich. Carthy musicianship, Slav melancholy with classical education - now formed through the same school - merge in unique symbiosis. Unbroken temperament and charm fascinate the audience. In its fourteen-years history, Bassiona Amorosa performed in nearly 500 concerts; seven CDs have been published so far; the ensemble was subject of three short films shot by the Bavarian Television Station and the WDR (West German Broadcasting Company). The third USA tour in June 2003 received a sensational reception by the audience. In Lucerne in September 2003, Bassiona Amorosa received from the European Culture Foundation Pro Europa the "European Quartet Prize 2003".

The unedited version from 1748
of the English Oratorio HWV 64,
performed by the Maulbronn Chamber Choir
and the Hanoverian Court Orchestra,
conducted by Jürgen Budday
on May 19 & 20, 2007
Words by Thomas Morell (1703-1784)

9. Act III: Shall I in Mamre's fertile plain - For all these mercies we will sing [5:17]
Air of Caleb & Chorus of the Tribe of Judah · Soloist: James Rutherford (Bass)

A dialogue of two spiritual cultures
based on the musical repertoire of the Buddhist and the Christian tradition,
performed by the Ensemble "Schola Gregoriana Pragensis"
and "Gjosan-rjú Tendai Sómjó" (Buddhist Monks from Japan),
conducted by Saikawa Buntai & David Eben
on June 20, 2008

18. Kudshó Shakudshó [5:27]
Chants and rattles to drive out evil forces