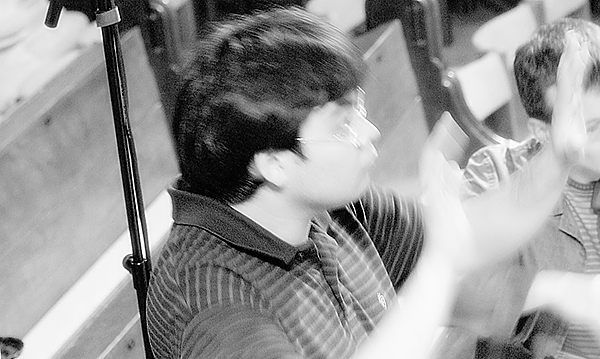 Alan Buribayev is an exceptionally gifted young conductor. Born in Kazakhstan to musician parents, he has a mature knowledge and a deep understanding of a wide repertoire. He has already conducted major symphonic works by Brahms (including all four symphonies), Elgar, Haydn, Mozart, Mendelssohn, Rachmaninov, Shostakovich, Stravinsky and Tchaikovsky (all six symphonies). His infectious enthusiasm has endeared him to many orchestras, most of whom have invited him back and these include London Philharmonic, Danish National Symphony, Guiseppe Verdi Orchestra Milan, Dresden Philharmonic, the Gothenburg Symphony, Melbourne Symphony and Hungarian National Philharmonic. As an opera conductor, he has conducted Tchaikovsky Queen of Spades at Lyon Opera. At the start of the season 2004 he took up his position as Music Director of the Meiningen Theatre, where he is conducting new productions of Offenbach, The Tales of Hoffmann and Mozart Idomeneo.