Vol. 07: The most beautiful Concert Highlights 2004 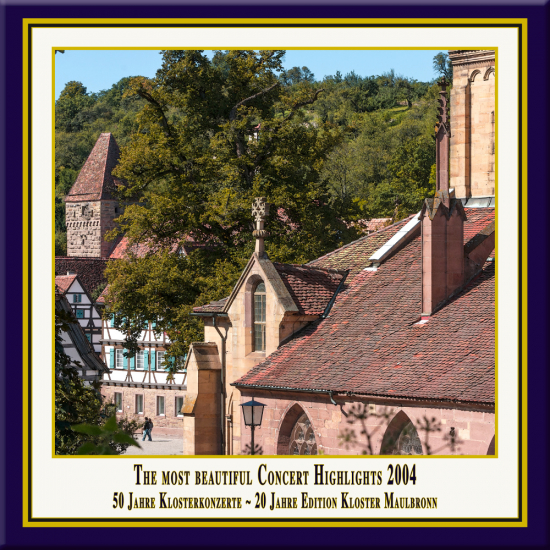 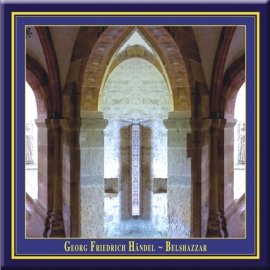 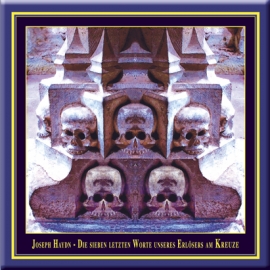 To meditate, ponder, and reflect: verbs such as these are becoming increasingly significant in a fast-moving society such as ours. One usually associates with 'meditation' a kind of celestial relaxation music with an accordingly notional incitation to self-discovery. But what happens when a great orchestral work by Haydn, created to animate reflection on "The Seven Last Words of Our Saviour on the Cross", is heard in an authentic setting such as the 'Maulbronn Monastery'? 'Meditation' then takes on quite another meaning, one entirely in keeping with the purpose of the composition and its original occasion. For in 1785, Joseph Haydn was commissioned by a canon in Cadiz to write a kind of sacred instrumental music for Holy Week, a work illustrating the "seven last words of the Lord". The composer agreed and proceeded to compose "Sieben Sonaten mit einer Einleitung und am Schluß ein Erdbeben" (Seven Sonatas with an Introduction and an Earthquake at the End) for large orchestra, which was then performed, probably on Good Friday in 1786, in the subterranean Church of Santa Cueva. Some 15 years later, Haydn described how the performance took place: "In those days it was the custom during Lent each year to perform an oratorio in the main church in Cadiz. The following preparations contributed in no small way to enhancing its effect: The walls, windows and pillars of the church were draped in black, with but a single lamp hanging in the middle to shed light into the darkness. At noon all the doors were shut. Then the music began. After a suitable prelude, the bishop mounted the pulpit, pronounced one of the seven Words and made some appropriate observations. The bishop mounted and left the pulpit a second time, a third time, and so on, and at the end of each oration the orchestra would start up again. My composition had to fit this description."
Haydn resorted to a trick commonly employed in the 18th century: an instrumental composition would be written to follow the thread of an imagined text, dialogue, perhaps even an entire drama, whose contents the music would "speak". Music thus became a "narrative" art, the contents of which were accordingly quite concrete. The seven heads in the title illustration of the longplay album symbolise the engagement of the human mind with the sublime words and the present ongoing decay of those words. 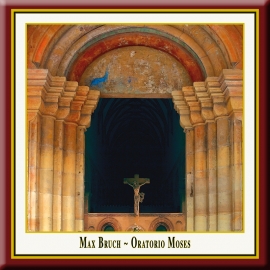 The oratorio Moses holds special meaning in composer Max Bruch's body of work. He originally viewed it presumptuous to continue in the tradition of the major works by Händel and Mendelssohn. In a letter to the music writer Hermann Deiters he wrote in 1873: "Biblical subject matter is foreign to my nature; the old masters have made such formidable contributions in this area so that it is only possible for us to make independent and new accomplishments in conjunction with other subjects. It is no coincidence that every oratorio since Mendelssohn has been a failure." Whatever it was that ultimately triggered Bruch's change of mind remains a mystery, but in 1893, he wrote to the Bach researcher Philipp Spitta, the brother of his future librettist Ludwig: "You are the first, and will, for the time being, be the only person I trust to disclose a plan that so vividly occupies me. Do you wish to read intently the composition, the poetic foundation of a large-scale oratorical work: ‘Moses at Sinai' (or Israel in the Desert)... long have I sought and groped, momentarily pondering this, and then that. Because I am bound and determined to not further enhance the drama of the worldly dramatic cantata... which is why I have returned to the enclosed, truly oratorical plan, with which I was already seriously occupied in 1889, and again in 1890. It begins where Händel's ‘Israel in Egypt' ended. As far as I can conclude, no other musician of relevance has ever addressed this part of Moses' history..." Conducted by Bruch, the debut performance was finally held on the 8th of January 1895 in Barmen. It is a piece of early oratorical art that Bruch has created here, yet one that is cloaked in the era of the Late Romantic. The choir is the decisive mediator of events in the piece of work. In addition to delicate poetic expression, the dramatic impact also demands particularly creative agility and adaptation from the singers. Even Bruch's contemporaries were suspicious of the opus. In June 1895, Johannes Brahms wrote to Clara Schumann: "Bruch has now published a Moses... If only one could feel a hint of joy in the stuff! They are weaker and worse than his own early works in every respect. The only good sentiment is when one feels inclined, as I do, to thank the Lord that he spared us of the sin, the vice, or the bad habit of mere score-writing." Bruch, on the other hand, saw himself affirmed in his work and wrote to his publisher Franz Simrock in February of 1895: „I want to tell you a secret: noble and ample effects on thousands are not to be attained by common means; something higher, which cannot be defined, is working from within the productive artiste... I could have not have written ‘Moses' had not a strong and deep feeling of divinity been alive in my soul, and every deeply insightful artiste will have experienced that once in his life, so that through the medium of his art, he can proclaim to the people the best and innermost emotions of his soul... And in such, Moses proved to the world that I did not stand still – as that is the most potent danger in older age."
The oratorio so powerful and atmospheric in its choruses and arias consists of two parts and presents four episodes from the life of the prophet Moses. Part one of the opus begins with a short, dramatic introduction.
The scene At Sinai depicts Moses as the leader of the Israelites. He is called to the mountain by an angel to receive the Ten Commandments from Jehovah. During his absence, his brother Aaron is designated as keeper of the people. The Sanctus beginning with Psalm 90 of both solo parts of Moses and Aaron in alternation with the people was a core part of the opus for Bruch.
In the second scene, The Golden Calf, the plot makes a wide bend, heading towards the oratorio's tragic conflict, the Israelites' digression from Jehovah. Three impulsively scored chorus scenes portray the chosen people's restlessness and doubt caused by the prophet's long absence. The crude demand made of Aaron to produce a golden calf as a visible idol culminates in the anger of Moses, who has returned and calls to order the Israelites who are dancing around the false god Baal.
Part two (episode three), The Return of the Scouts from Canaan, begins in the middle of the conflict between Moses and the Israelites. The scouts Moses has sent to the Promised Land bring back hymnic reports of the "land of dreams", but the prophet deems the people of Israel unworthy of the Promised Land. Aaron and the Israelites arrive at deeper insight: "oh Lord, help us find mercy". A depiction of the fight with the Amalekites then follows.
In the last episode, The Promised Land, the Lord's angel proclaims to Moses his approaching end. The prophet leads his people to the Nebo Mountain where a view of Canaan is granted. Moses blesses the Israelites here before he passes away.

The English Oratorio HWV 61,
performed according to the traditions of the time
by the Maulbronn Chamber Choir
and the Hanoverian Court Orchestra,
conducted by Jürgen Budday
on September 25 & 26, 2004
Words by Charles Jennens

The Seven Last Words of Our Saviour on the Cross

18. Part II, The Return of the Scouts from Canaan:
Stoßet in die Halldrommeten [6:48]
Recitative of Moses & the Angel & Chorus of the People
Soloists: Peter Lika (Bass) & Birgitte Christensen (Soprano)