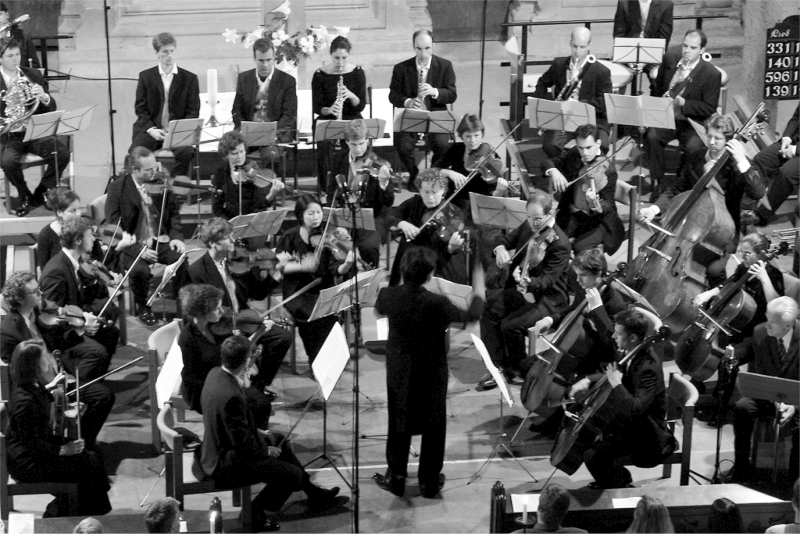 From its beginning in 1990, the aim of the members of the 'Bayerische Kammerphilharmonie' was to create and perform their own program concepts at the highest possible level. Two years later, the first CD recording in co-production with the Bavarian Broadcasting Company was released and won several awards from the international music press. Since 1994 the ensemble is orchestra in residence of the festival 'L'été musical dans la valée du lot' in France. In 1996, the ensemble received the 'Prix Européenes' of the European Economy culture fund. Concerts all over the world, invitations to festivals, CD productions and the collaboration with renowned conductors and soloists such as Dietrich Fischer-Dieskau, Mischa Maisky, Mario Venzago, Michel Plasson, Règis Pasquier, Xavier Phillips and Mstislaw Rostropowitsch are testament to the high quality of the orchestra. CD recordings have been released with companies such as Deutsche Grammophon, EMI, Atlantis Art (Switzerland), Koch Schwann, Arte Nova, cpo and St.Louis Records/USA. Amongst these are the world premiere recordings of the concertos for one and two horns by Antonio Rosetti, were given five stars by the BBC Music Magazine and were awarded three times ten points at 'Klassik heute'. Besides their own concert series in Augsburg/Germany the orchestra played only this year with Chick Corea, Bobby Mc Ferrin, Martha Argerich, and at such renowned festivals like the Rheingau Musik Festival, the festival in Mecklenburg Vorpommern and the Münchner Klaviersommer. The Orchestra would like to thank the long-standing main sponsor Dr. Hannjörg Hereth and his Fazienda Ipiranga in Brasil whose generous support has enabled the orchestra's work to continue over the years.