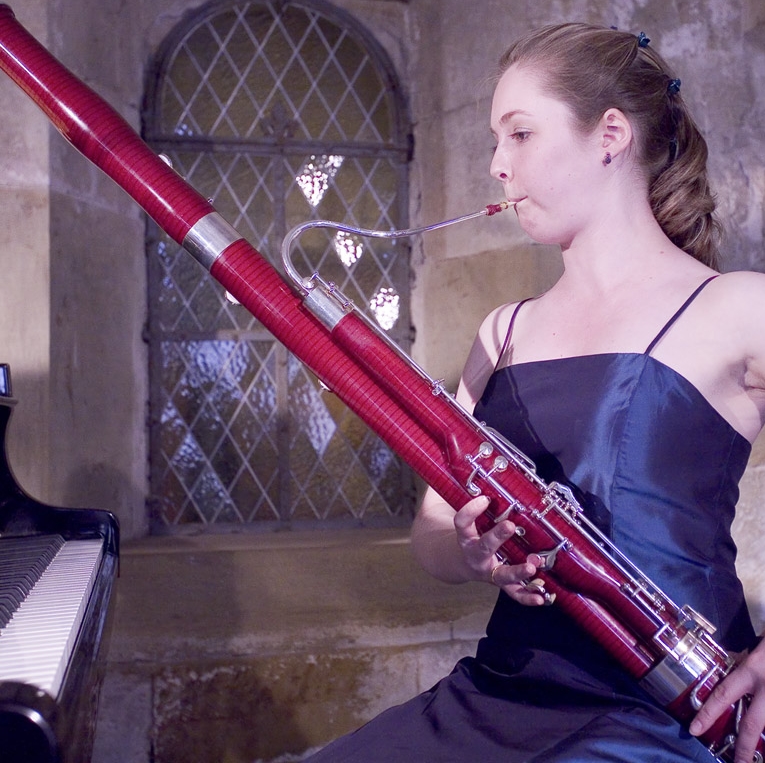 Rebekah Abramski has been the Solo-Contrabassoonist with the Baden State Opera in Karlsruhe since September 2003. Before this she spent two years with the Stuttgart Opera playing both bassoon and contrabassoon. Rebekah began her studies at Chetham's School of Music in Manchester, England, where she was taught by Graham Salvage, principal bassoonist of the Hallé Orchestra. After her A levels she continued her studies from 1996-2000 in Manchester at the Royal Northern College of Music with Edward Warren and subsequently Alan Pendlebury, principal bassoonist with the Royal Liverpool Philharmonic. During this time she won the RNCM bassoon prize and scholarships from the Philharmonia/Martin Musical scholarship fund and the Countess of Munster Trust. Being awarded the King Edward VII British-German Foundation scholarship made possible a further three years of study in Stuttgart at the Hochschule für Musik und Darstellende Kunst with Prof. Marc Engelhardt.