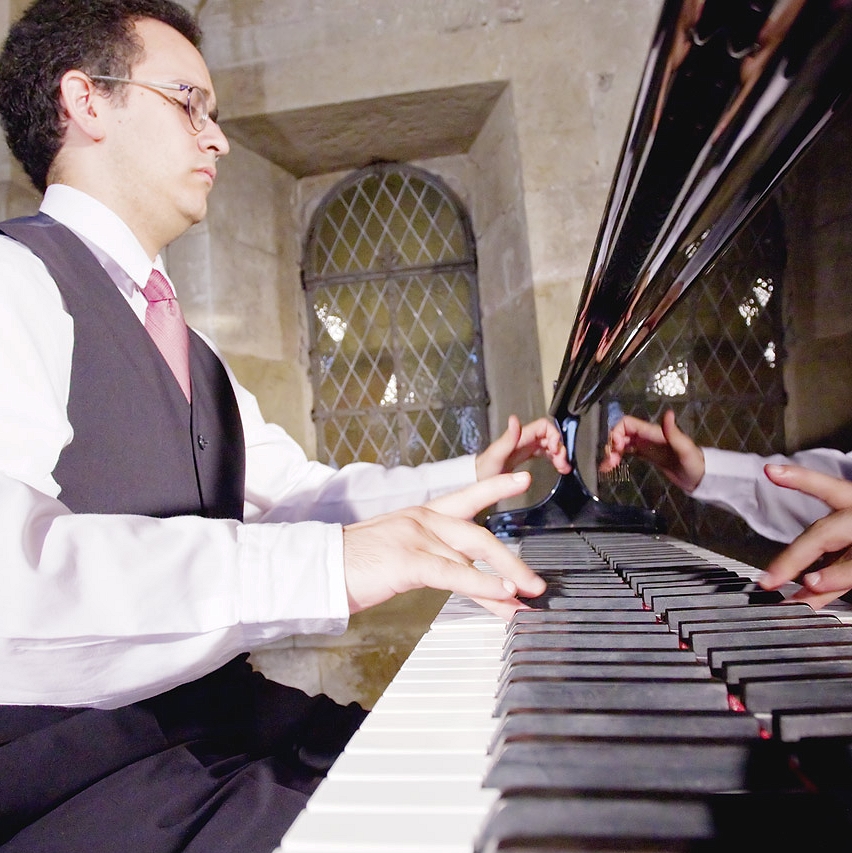 Ron Abramski studied under Ryszard Bakst at the Chethams School of Music in Manchester. During this time at the age of 14 he performed the Chopin Piano Concerto Nr. 1 in e minor with the Chethams Chamber Orchestra and gave a private concert for Witold Lutoslawski of Lutoslawskis Piano Concerto, after which Lutoslawski proclaimed him as a "great Talent". In 1993 during his time at Chethams and later at the Guildhall school of Music in London he studied with Maria Curcio a former student of Artur Schnabel, the following year he was invited to perform in the Musique de Chambre à l'Empéri Festival in Salon de Provence, France. In 1996 he performed as soloist in both the Royal Festival Hall and the Barbican Centre in London playing the "Carneval of the Animals" and in 1998 he was a piano finalist in the BBC Young Musicians competition. In 1999 he performed Messiaen's Oiseaux Exotiques as part of "Visions: The Music of Olivier Messiaen" festival and made his Wigmore Hall recital debut as a winner of the Worshipful Company of Musicians "Maisie Lewis Young Artists Awards". Mr. Abramski has received scholarships from the KPMG/Martin Musical Scholarship Fund and the Hattori Foundation. As the winner of the Yehudi Menuhin/English Speaking Union Scholarship 2000 for the Banff Centre for the Arts, he recently performed in Canada's Banff Arts Festival, and received a standing ovation. Mr. Abramski was selected as a winner of the 2001 UK Making Music Young Concert Artist Awards and performed numerous concerts throughout the UK since. From 2001 to 2003 he studied privately with Cristina Ortiz in London and since April 2005 he is a student of Prof. Dr. h.c. Fany Solter at the University of Music, Karlsruhe, Germany.