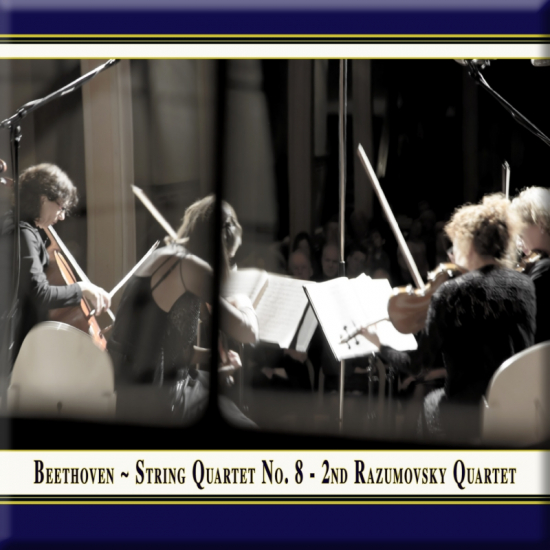 Performed by the Rubin Quartet

astles and fortresses, kings and dukes: since the dawn of time and through the centuries they have inspired the imagination and our feeling of romance. In the beautiful baroque castle in Bad Homburg vor der Höhe, this spirit is being brought to life in a unique way with the "Castle Concerts" series. What was made possible by the aristocrats and lords of the manor as patrons of art in times gone by - pieces of music with immortal value - is now being shared with audiences in our time thanks to generous sponsors. After all, there is no better place to capture the spirit of the music and feel its soul more deeply than in the historical atmosphere of those times where it was created and heard for the first time.
With this exceptional masterpiece by Ludwig van Beethoven the Rubin Quartet is following this historical track. In 1805/1806 Beethoven began writing to create a string quartet cycle of at least three parts. He was already living in Vienna after turning his back on the electoral court orchestra in Bonn in 1792. But there were still patrons at this time too. This is how op. 59 received its other name, the "Rasumovsky Quartets": the cycle was commissioned by the Russian diplomat and patron Andrey Rasumovsky. The Rubin Quartet plays the second string quartet from this cycle, whose slow movement Beethoven composed - according to his pupil Carl Czerny - as he "looked up to the starry sky and pondered the harmony of the spheres". This work played together with Haydn's quartet op. 76 no. 4 covers stages "from sunrise to starry skies".

he String Quartet No. 8 in E minor, Op. 59, No. 2, was written by Ludwig van Beethoven and published in 1808. This work is the second of three of his ".Rasumovsky". cycle of string quartets, and is a product of his ".middle". It is in four movements... According to Carl Czerny, the second movement of the quartet occurred to Beethoven as he contemplated the starry sky and thought of the music of the spheres (Thayer, Life of Beethoven); it has a hymnlike quality reminiscent of a much later devotion, the "Heiliger Dankgesang" hymn to the Divine in the Quartet Op. 132. The scherzo movement of the quartet, the third movement (allegretto), uses a Russian theme also used by Modest Mussorgsky in Boris Godunov, by Anton Arensky in his String Quartet No. 2 in A Minor, and by Sergei Rachmaninoff in his 6 Morceaux for Piano Duet, Op. 11. The original song, "Glory to the Sun", was recorded by Nikolay Lvov and Jan Prac; sheet music was published in 1790 (second edition 1806), verses in the 1770s. However, Beethoven used it in an ungentle way. According to Kerman, "It sounds as though Count Razumovsky had been tactless enough to hand Beethoven the tune, and Beethoven is pile-driving it into the ground by way of revenge." In an extremely unusual example of melodic setting prior to the 20th century, portions of the tune with strong tonic harmonic leanings are harmonized with the dominant, and vice versa; the harmonic clash is harsh, and many listeners have found this portion of the quartet to be quite amusing, especially as contrasted with the prosaic, almost "exercise-book" counterpoint which precedes it (another example of Beethoven parodying a student counterpoint exercise can be found in the scherzo of the Quartet No. 10, opus 74).


From Wikipedia, the free encyclopedia 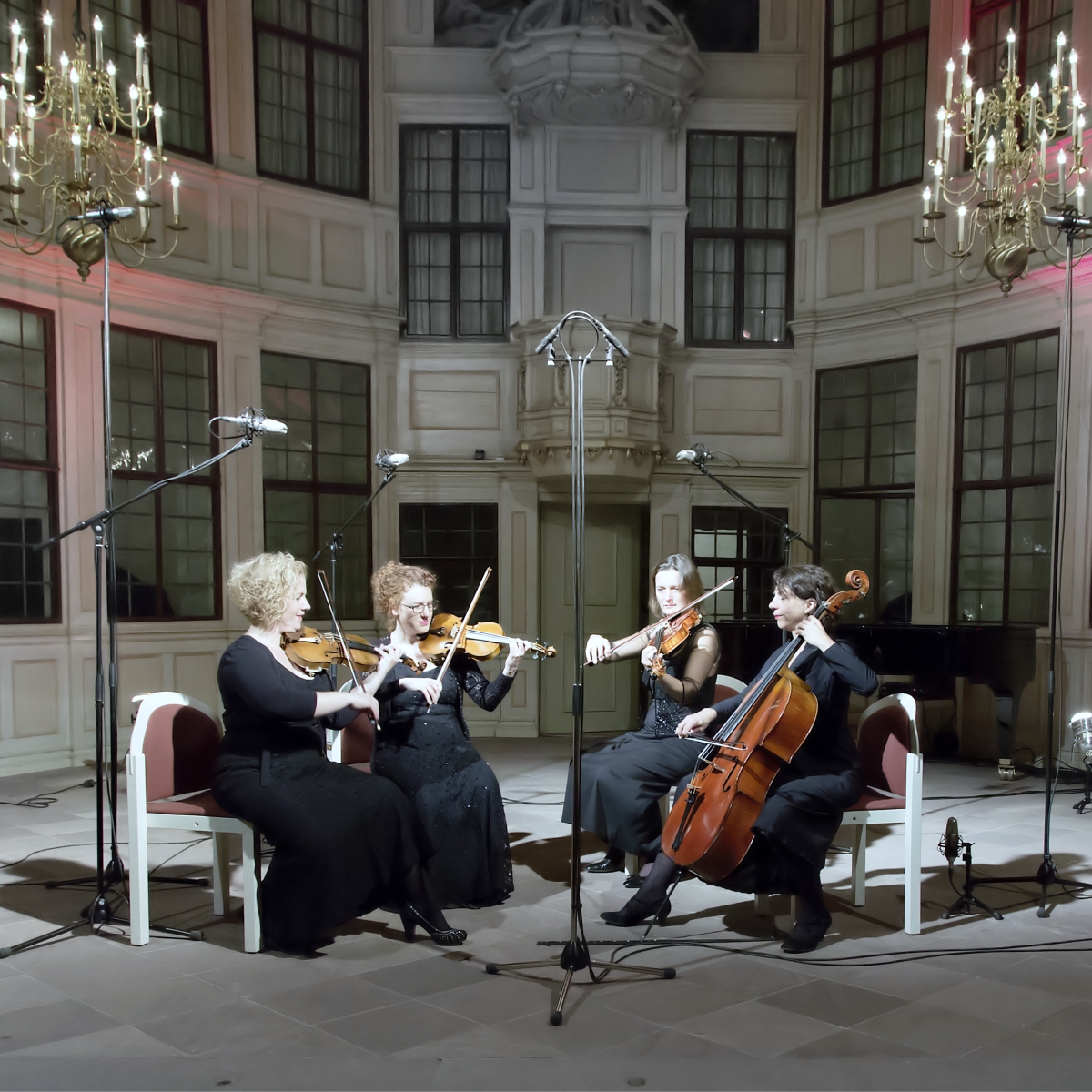 ver the years, the Rubin Quartet, founded in 1992 and named after the ruby, has gained a unique reputation among string quartets. Since its foundation, the quartet has been characterized by a very wide repertoire and vivid performances. In its first year, the Rubin Quartet won first prize at the Bubenreuth/Erlangen international string quartet competition, in 1997, the prize for best Mozart performance in Evian, and in 2000, first prize at the "R. Hartung Stiftung" international string quartet competition. The Rubin Quartet began performing at the Amsterdam Concertgebow in 1995. Since then, they have given regular performances there, with Ian Bostridge and Julius Drake among others. The quartet performs at Europe's leading concert venues and at a number of prestigious festivals, such as Luberon string quartet festival, Fréjus, Santander, Valladolid, Milan, Bremen Musikfest, Rheingau-Musikfestival, Schwetzinger Festspiele and the "Printemps des Arts de Monte-Carlo". In 1998, the quartet performed at the Dortmund "Streichquartett-Event". In 2000/2001 they were invited to perform at the Oslo Chamber Music Festival with the pianist Andrej Gavrilov. In 2002, the Rubin Quartet embarked on a long-term association with the Scène nationale in Poitiers, France. They performed Bela Bartók's six string quartets there in 2002/2003, building up from public rehearsals to master classes, performances and concerts. Composers such as Carola Bauckholt, Caspar Johannes Walter, Franz Olbrisch and Reinhard Febel regularly write works for the quartet, which premieres them at Festivals, such as the "Tage für zeitgenössische Kammermusik" in Witten, Wien Modern, the "Rheinisches Musikfest" and Musique-Action Vand'oeuvre-lès-Nancy. The Rubin Quartet's close association with composers such as Helmut Lachenmann, Györgi Kurtág, Silvia Fómina and Sofia Gubaïdulina has provided the quartet with tremendous artistic impetus, just as the encounter with Amadeus Quartet, Raphael Hillyer and Jörg Wolfgang Jahn.
Irmgard Zavelberg (1st Violin) · Jana Andraschke (2nd Violin)
Martina Horejsi (Viola) · Ulrike Zavelberg (Cello)