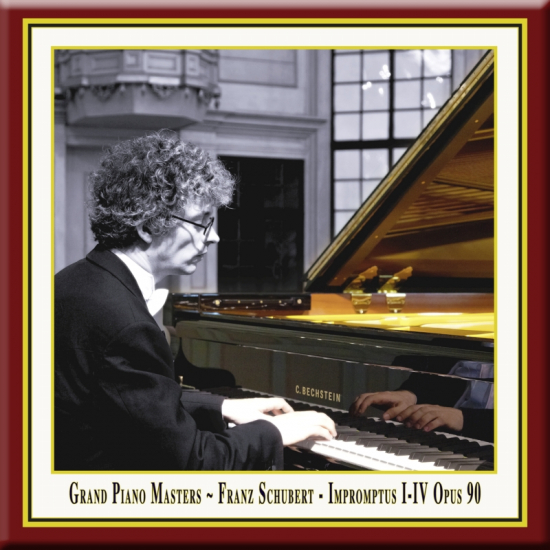 A live recording from Bad Homburg Castle in Germany

n 1827, a year before his death, Franz Schubert wrote the Impromptus at the age of thirty. He grouped these eight pieces into two cycles with four impromptus in each, perhaps so they could be played individually or as a whole cycle.
The first Impromptu in C minor is an unusual piece. Beginning with on a long, drawn-out note, Schubert develops a unison melody that flows up and down in a triplet movement and which he then imbeds in a four-part chorale. The rhythm in this dark key of C minor is that of a march, probably a funeral march, and lends a tense atmosphere, something inescapable, to the whole. Block-like and with no transition, the unison passages are rather like a woodwind chorale and play side by side. The changes of key are abrupt and sudden. As if it were a memory, the motif reappears later in A flat major, the key of dreams and longing. During the entire piece, the contrasts are heightened and varied until the startling change to C major, which is totally unstable and glides again and again into C minor. Seldom do you find a composition where C major and C minor are so close to each other in such a small space. The first Impromptu ends in major, without losing this surreal mood.
In contrast to the march rhythm of the first Impromptu, the underlying rhythm of the second, written in E flat major, is in triple meter, with the second beat always stressed, just like the chime of a bell in answer to the heavy first stroke. Combined with the cascading runs played with the right hand and that start on a triple, the motif common to all four impromptus, this rhythm lends the E flat major impromptu its characteristic sound. In the middle section, Schubert heightens the bell chimes with double sforzati, which let the finally piece end in falling E flat minor runs during the closing measures.
The third Impromptu uses the Schubert "wanderer rhythm", combined with a continuous triplet movement in the melody, which is characterized this time by the falling triple. Even at this slow tempo, Schubert keeps this relentless pattern of movement going right to the end. Again, melodic phrases in the secondary voices, mainly from falling triplets - from G flat to E flat at the beginning, for example - give rise to changes in harmony that introduce a "dreamlike uncertainty" to the piece.
The cycle concludes with the Impromptu in A flat major, where the harmony at the start is rather like an unanswered question. It begins with an A flat minor chord break, leading into the dominant tune after an E flat major as a standing chord, which, without resolution, then flows into a pause. This is followed by a motif with a downward triplet movement, which can scarcely be seen as an answer to the question posed at the start. Schubert's rhythm here is similar to that of the second Impromptu, with stressed long notes on the second beat. Schubert uses these methods consistently to develop the character of the music and thus create perfect masterpieces. In the middle section in C sharp minor, he picks up the long second beat and puts it into the melody, then combines the latter's circular movement with thumping eighth chords played with the left hand. After repeating the start of the piece with its questioning language, the cycle finishes on two loud chords that say very: Now it's over! 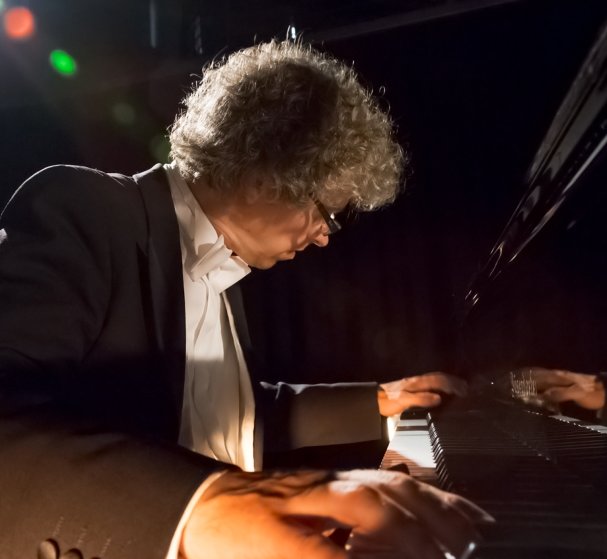 ***** A wonderful and delicate piece of music