Vol. 03: The most beautiful Concert Highlights 2000 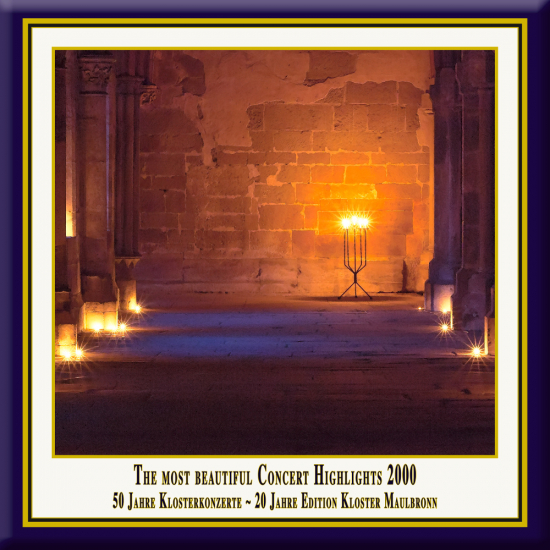 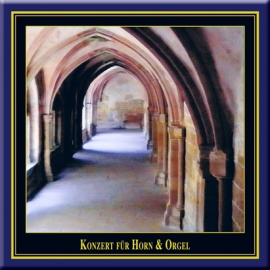 The composer of this work is unknown. The recording is part of the release "Concert for Horn and Organ", performed by Joachim Bänsch (French Horn) & Erika Budday (Organ). The both oboists Julia Ströbel-Bänsch and Mirjam Budday were guests for the recording of this work. 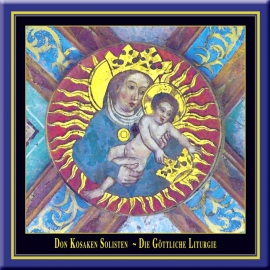 The Choral Concert "The Divine Liturgy"

The rich and emotional music of the Russian Orthodox Church is seldom heard in the Western world, making this treasure an even greater enhancement to the spectrum of the Edition. No western and few Russian ensembles can communicate the Orthodox liturgy as convincingly as the legitimate successors to Serge Jaroff's legendary Don Cossacks Choir. Rarely to be found on a west European release, the compositions especially selected for the liturgically conceived Musica Sacra reveal a surprising new insight into the high art of sacred Russian music and tradition. 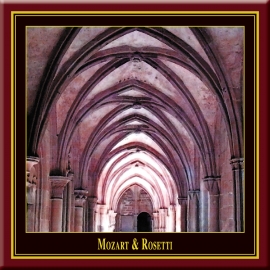 When a renowned and internationally experienced orchestra such as the Wuerttemberg Chamber Orchestra Heilbronn gives the stage to a young virtuoso like Linus Roth, a classical atmosphere is created where the suspense between the audience and artists reaches a boiling point and decisively influences the style of playing. Professor Jörg Faerber staged a concert with precisely all these factors, in which the orchestra offers probably the best fundament for a young virtuoso with its perfect playing. Faerber impressively sets the intensity of the performance in tantalising contrast to the soloists' sheer feeling for Mozart. 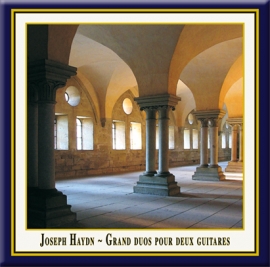 Apart from the title of the concert programme, Grand Duos pour deux Guitares, what's exceedingly attractive is the fact that a contemporary of Joseph Haydn adapted his string quartets for probably one of the most popular stringed instruments of our time – a version that was surely preformed during the composer's lifetime. In such, from the perspective of zeitgeist and its conjunct societal etiquette, the comprehension of both artists' musical conceptualisation must have converged rather closely. The awe-inspiring joy of playing and charming-elegant wit of the performance at the Maulbronn Monastery's Laymen Refectory show how modern chamber music can be interpreted – to the pleasure of the audience. An almost courtly atmosphere permeated the duo's concert. But let us allow the artists some quotes themselves, out of the performance, so to speak: "Perhaps a few words about the guitars we play, because they're not the modern concert guitars that are so well known. They are replicas of instruments that were played during the classic era in Vienna, built by a certain Mr Staufer. François de Fossa, who adapted these works of Haydn's, played this type of instrument. But, we had them re-built. After all, they played on new guitars back then, so why should we have to give concerts with old ones?" The guitarist and composer François de Fossa (1775-1849) adapted these four Divertimentos for String Quartet from Joseph Haydn (1732-1809) as "Grand Duos for Two Guitars". De Fossa is still handled as a hot tip by today's guitarists. Only gradually is his work, including numerous adaptations and original compositions for solo guitars and guitar ensembles, being dug out of the archives and made accessible to the public. 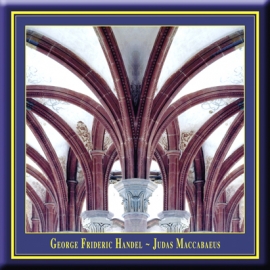 This live recording of Judas Maccabaeus is part of a cycle of oratorios and masses, performed in the basilica of Maulbronn Abbey under the direction of Jürgen Budday. The series combines authentically performed oratorios and masses with the optimal acoustics and atmosphere of this unique monastic church. This ideal location demands the transparency of playing and the interpretive unveiling of the rhetoric intimations of the composition, which is especially aided by the historically informed performance. The music is exclusively performed on reconstructed historical instruments, which are tuned to the pitch customary in the composer's lifetimes (this performance is tuned in a' = 415 Hz).
The oratorio in three acts, based on a libretto written by Thomas Morell, was composed in 1746. The oratorio was devised as a compliment to the victorious Prince William Augustus, Duke of Cumberland upon his return from the Battle of Culloden (16 April 1746). The first performance took place on 1 April 1747 at Covent Garden, and Judas Maccabaeus became one of Handel's most popular oratorios. Morell's libretto is based on the deuterocanonical or apocryphal book 1 Maccabees (2-8), with motives added from the Antiquitates Judaicae by Flavius Josephus. The events depicted in the oratorio are from the period 170-160 BC when Judea was ruled by the Seleucid Empire which undertook to destroy the Jewish religion. Being ordered to worship Zeus, many Jews obeyed under the threat of persecution; however, some did not. One who defied was the elderly priest Mattathias who killed a fellow Jew who was about to offer a pagan sacrifice. After tearing down a pagan altar, Mattathias retreated to the hills and gathered others who were willing to fight for their faith. Handel's music depicts the changing moods of the Jewish people as their fortunes vary from dejection to jubilation.
ACT 1: The people mourn the death of their leader Mattathias, but his son Simon tries to restore their faith and calls them to arms (Arm, arm, ye brave). Simon's brother, Judas Maccabaeus, assumes the role of leader and inspires the people with thoughts of liberty and victory through the power of Jehovah.
ACT 2: The people have been victorious, but Judas is concerned that vanity will cause the people to claim victory for themselves. When news arrives that the Seleucid commander Gorgias is preparing to enact revenge, the people's joyous mood gives way to wailing and dejection (Ah! wretched Israel!). Again Judas rallies the people (Sound an alarm) and insists that the pagan altars must be destroyed and that false religions must be resisted.
ACT 3: Victory has finally been achieved for the Jewish people (See, the Conqu’ring Hero Comes!). News arrives that Rome is willing to form an alliance with Judas against the Seleucid empire. The people rejoice that peace has at last come to their country (O lovely peace).

performed by the Don Cossacks Soloists Wanja Hlibka
on June 25, 2000

performed by Linus Roth (Violin)
and the Württemberg Chamber Orchestra,
conducted by Jörg Faerber
on July 14, 2000

performed by the Württemberg Chamber Orchestra,
conducted by Jörg Faerber
on July 14, 2000

performed with historical guitares from the 19th century
by the ensemble Duo Sonare: Jens Wagner & Thomas Offermann
on September 9, 2000

The English Oratorio HWV 63,
performed according to the traditions of the time
by the Maulbronn Chamber Choir
and the Baroque Orchestra 'Musica Florea Prague',
conducted by Jürgen Budday
on September 22 & 23, 2000
Words by Thomas Morell

15. Act 1: Father, whose Almighty power the heavens, and earth and seas adore [2:28]
Chorus of Israelites