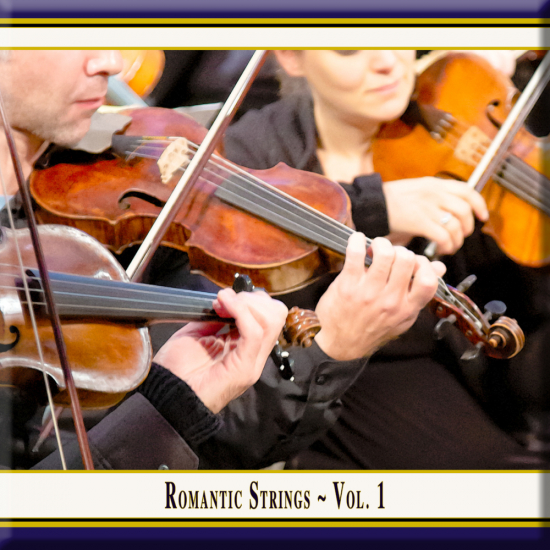 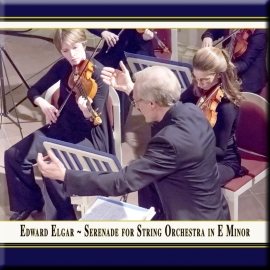 In music Edward Elgar was a "self made man", who first practiced the small form before gradually approaching the great musical genres. A milestone on this path was the extremely charming Serenade for String Orchestra Op. 20, which was composed in 1892. For this, Elgar probably fell back on a lost composition from 1888. It seems the immediate trigger for the final version of this work was the invitation of a friend to visit the "Bayreuth Festspiele". Elgar studied the creations of Richard Wagner intensively during his autodidactic studies and took up Wagner's opera "Parsifal", which left significant traces in this Serenade - the first composition with which he was fully satisfied. Apparently the publisher Novello, to whom he offered the composition, had a different opinion. Novello did not accept Elgar's offer with the reason, that this kind of music would practically unsaleable. Today this lovely three-part piece is one of the most performed works by the "Englishman", who became famous later with great compositions - not only with his best-known "Pomp & Circumstance March No. 1". 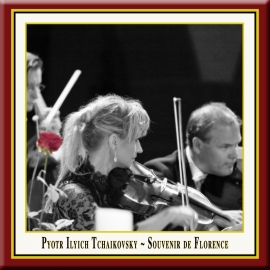 Pyotr Ilyich Tchaikovsky (1840-1893) is considered as the most important Russian composer of the 19th century. He composed 'Souvenir de Florence' in 1890, thus during his later period, and dedicated the work to the St. Petersburg Chamber Music Society in response to his appointment as an Honorary Member. Originally scored for string sextet (2 violins, 2 violas and 2 cellos), Tchaikovsky arranged the work later also for string orchestra. The title 'Memory of Florence' probably originates from the fact that the composer started working on it while visiting Florence in Italy. 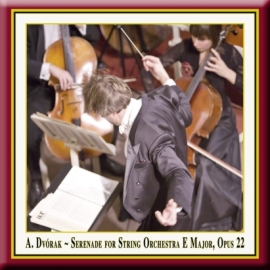 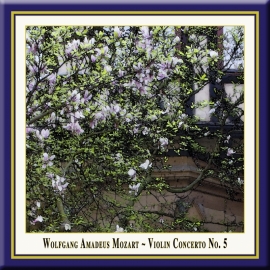 The Violin Concerto No. 5 in A major, K. 219, often referred to by the nickname 'The Turkish', was written by Wolfgang Amadeus Mozart in 1775, premiering during the Christmas season that year in Salzburg. It follows the typical fast-slow-fast musical structure. Mozart composed the majority of his concertos for string instruments from 1773 to 1779, but it is unknown for whom, or for what occasion, he wrote them. Similarly, the dating of these works is unclear. Analysis of the handwriting, papers and watermarks has proved that all five violin concertos were re-dated several times. The year of composition of the fifth concerto "1775" was scratched out and replaced by "1780", and later changed again to "1775". Mozart would not use the key of A major for a concerto again until the Piano Concerto No. 12 (K. 414). (From Wikipedia, the free encyclopedia) 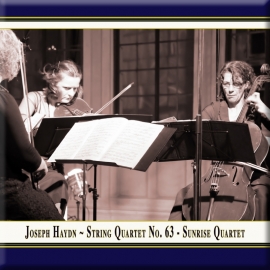 Haydn's string quartet cycle op. 76 came into being due to a common practice of the time, whereby princes, kings, merchants or high-ranking clerics would commission their subordinate court musicians to write pieces of music. Haydn received 100 ducats from Count Joseph Erdödy for the six quartets in 1797. More than two hundred years later they appear like the sum of his art within this genre that he influenced so greatly. The "Sunrise Quartet" in B flat major is the fourth quartet of the work. The name was given retrospectively and is extremely apt: in the first movement, after a few attempts, the first violin leaps from faint sounds into a resonating B major fortissimo that emerges like the rising sun. 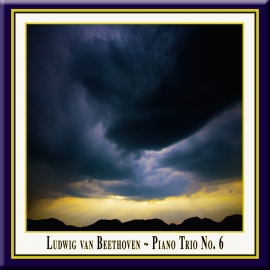 Carl Czerny, composer and student of Beethoven, sayed about the Piano Trio in E-flat Major: "this trio is no less great or original than its successor (Piano Trio in D Major, Op. 70, No. 1), but it is of a very different, less serious character." The trio in e-flat major was composed during the summer of 1808 immediately after the Sixth Symphony, and applies foreseen traits to Romanticism. Beethoven expands his realm of expression here in two somewhat converse directions: both in a seemingly romantically tonal colourfulness, and towards the inclusion of classic style elements by means of a stricter introduction. 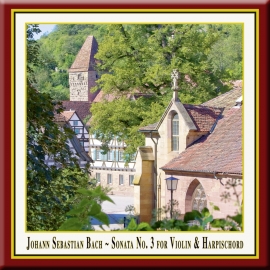 The "Six Sonatas for Violin and Obbligato Harpsichord", BWV 1014 - 1019, by Johann Sebastian Bach are works in trio sonata form, with the two upper parts in the harpsichord and violin over a bass line supplied by the harpsichord and an optional viola da gamba. Unlike baroque sonatas for solo instrument and continuo, where the realisation of the figured bass was left to the discretion of the performer, the keyboard part in the sonatas was almost entirely specified by Bach. They were probably mostly composed during Bach's final years in Cöthen between 1720 and 1723, before he moved to Leipzig. The extant sources for the collection span the whole of Bach's period in Leipzig, during which time he continued to make changes to the score. (From Wikipedia, the free encyclopedia) 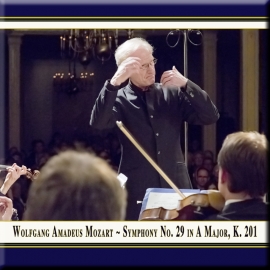 The Symphony No. 29 in A major, K. 201/186a, was completed by Wolfgang Amadeus Mozart on 6 April 1774. It is, along with Symphony No. 25, one of his better known early symphonies. Stanley Sadie characterizes it as "a landmark... personal in tone, indeed perhaps more individual in its combination of an intimate, chamber music style with a still fiery and impulsive manner." (From Wikipedia, the free encyclopedia) 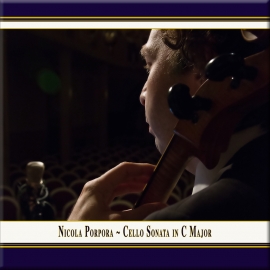 Nicola Antonio Porpora (17 August 1686 - 3 March 1768) was an Italian composer and teacher of singing of the Baroque era, whose most famous singing students were the castrati Farinelli and Caffarelli. Other students included composers Matteo Capranica and Joseph Haydn. Porpora was born in Naples. He graduated from the music conservatory Poveri di Gesù Cristo of his native city, where the civic opera scene was dominated by Alessandro Scarlatti. Porpora's first opera, Agrippina, was successfully performed at the Neapolitan court in 1708. His second, Berenice, was performed at Rome. In a long career, he followed these up by many further operas, supported as maestro di cappella in the households of aristocratic patrons, such as the commander of military forces at Naples, prince Philip of Hesse-Darmstadt, or of the Portuguese ambassador at Rome, for composing operas alone did not yet make a viable career. However, his enduring fame rests chiefly upon his unequalled power of teaching singing. At the Neapolitan Conservatorio di Sant'Onofrio and with the Poveri di Gesù Cristo he trained Farinelli, Caffarelli, Salimbeni, and other celebrated vocalists, during the period 1715 to 1721. In 1720 and 1721 he wrote two serenades to libretti by a gifted young poet, Metastasio, the beginning of a long, though interrupted, collaboration. In 1722 his operatic successes encouraged him to lay down his conservatory commitments. (From Wikipedia, the free encyclopedia) 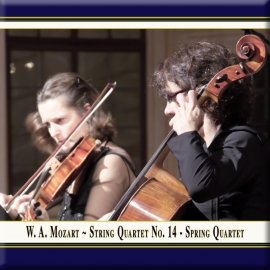 The String Quartet No. 14 in G major, K. 387, nicknamed the "Spring" quartet, was composed by Wolfgang Amadeus Mozart in 1782 while in Vienna. In the composer's inscription on the title page of the autograph score is stated: "li 31 di decembre 1782 in vienna". The work was perhaps edited in 1783. This is the first of the Haydn Quartets, a set of six string quartets he wrote during his first few years in Vienna in honor of the composer Joseph Haydn, who is generally viewed as the father of the string quartet form. (From Wikipedia, the free encyclopedia) 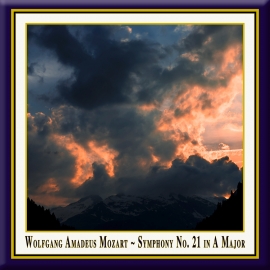 The Symphony No. 21 in A major, K. 134, was composed by Mozart in August 1772. The symphony has the scoring of two flutes, two horns, and strings. (From Wikipedia, the free encyclopedia)